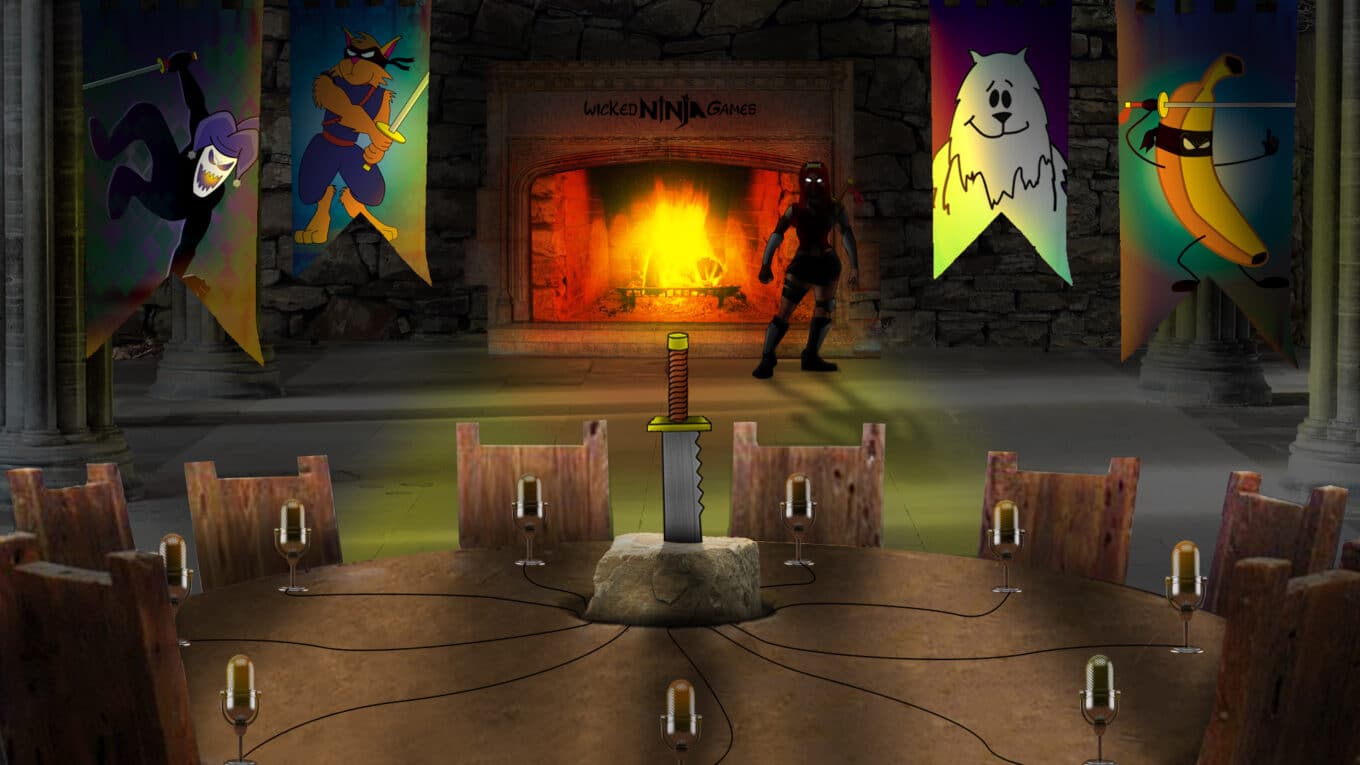 Just who are The WickedNinjas? Here you can discover a little more about our team. And answer questions such as “who are they?”, “what is their favourite game?”, “How long have they been playing?”. You may even find some other interesting facts out about us. We are gamers first and foremost. We love to play in our spare time. So without further delay let’s dive into the psyche of the WickedNinjas.

My first experience with gaming was around age 11. My parents got me a surprise present for Christmas. A brand new Sinclair ZX Spectrum 48k, where I was introduced to gaming with such titles as Horace goes Skiing, Manic Miner, and Jet Set Willy. This got me truly hooked. Graphics were janky back then, 8 bit and low colour. Clipping was a nightmare. And save games were not a even a thing. You had lives, and when they ran out, game over.

Nothing compared to the machines in your local arcade, games like Double Dragon, R-Type, Space Harrier. If you wanted flashy, you went to the arcade, and you piled in your pocket money for a shot at the high score. Groups of kids all hung about in smelly back rooms crowded around each other cheering you on. It truly was an amazing era. You would spend all day here. Go home exhausted and talking about your score.

My next platform came when the Sega Megadrive (Japanese edition) hit the UK. 16 bit gaming changed everything. I remember being taken away to other lands with such titles as Altered Beast, E-Swat, Sonic the hedgehog, and Golden Axe. This was the first time really that technology enabled the gaming machines from your local arcade where your pocket money went were able to be brought into your home. Not quite the same, but pretty close. It was an amazing time for gaming. So much was changing, and so fast.

Then came the Sony PlayStation. This was jaw dropping. Games like Tekken, Final Fantasy, Resident Evil. The glory days of gaming. I remember turning it on still, oh wow, this was the future. How could it be possible. that things had got this good. I still have fond memories of this era. And many many hours were spent here. I graduated to the PS2, then the PS3. I still love these consoles.

Then I got my first PC around the time I was in College. Dune, Wing Commander 2, Command and Conquer. Apache Gunship Simulator. I studied IT at college, so the PC was for study. But then I would lock myself in my bedroom, and switch on the games. Again transported to other lands, battling monsters and Aliens and anything that I could get my hands on.

I am still a PC gamer. Things moved on, the MMO and MMORPGs were born. EVE Online, epic space battles. Here I met DarkJester, Scorp, Tom Xion. We continued on to World of Warcraft, anything that we could play together. And here in a way WickedNinjaGames was born. Not under that name. But in spirit. Lifelong friends were met who shared my passion for the thing I love so much.

Things changed a little, our lives changed, we grew, we had careers and familys were formed and some of us had children. But the gaming bond stayed. Some of us met up in real life. But we all shared our lives through gaming. And for me, it no longer mattered what we played. Just that we played it together and had fun, shared epic adventures. Sometimes life was hard, sometimes it was good. We’ve paid each others subscriptions to games, we’ve shared hardware out when people fell on hard times. Just to stay playing, and to stay family.

This is what gaming is about for me, family, and friendship, laughing, crying, sharing our passion, our lives. Our joy, and our sorrows. It’s a special thing. And unless you have experienced it, you will not understand. So we bring to you WickedNinjaGames. Where we hope you will experience the same thing we did. Life long friends, and family. We discussed a small bio section for each of us for this page. But a small bio section does not do justice to how I feel about gaming, my friends, and the family we have created. I can but hope you all find what we found. Thank you to my friends, and to gaming. You changed my life. And thank you all for reading. Game on Ninjas!

I wrote my “little” bio after Narny, and having read his first, I have to say I followed a very similar path.

My introduction to gaming was a computer my Dad bought me, the Amstrad CPC 6128 which was launched in 1985. This system contained the Z80 Processor with a clock speed of 4 MHz, System ROM of 48 KB and 128 KB of RAM.

I played every game I could get my hands on on both tape and disk. War in Middle Earth, Hero Quest and Chase H.Q. were the most memorable to me (I didn’t mention Jet Set Willy and Manic Miner that’s a given back then). I even learnt to create my own games in BASIC, I remember spending many hours reading the manual and figuring out how to make a block move on the screen.

As the years went by and gaming evolved I adopted new platforms PSOne, PS2, PS3 and finally the Xbox 360. I think my golden age of gaming was on the Xbox 360, I could not tear myself away from those damn achievements and getting 100% completion.

However while I was gradually getting into console gaming I also tinkered with building my own PC. I played Descent, Wing Commander, Quake, Doom, Unreal, Command & Conquer, Dune and many others. For me PC gaming finally took off and launched me into a new era of gaming with the launch of AOL Online and CompuServe. Both of these providers let me experience gaming in a new way, online with other players and at great cost to my parents paying for the phoneline.

I started my online gaming with a text based adventure called Legends of Terris, hosted by AOL. I then moved to EverQuest. That got me into MMORPGs. I ended up running a community website for EverQuest and working with the Verant Interactive to help shape the future of the game. This was my first taste of real community online and I loved it, helping others and creating content for others to experience.

The natural progression from EverQuest was World of Warcraft and EVE Online, and it is here that I met who we know today as The WickedNinjas and our stories collide and I made some friends for life.

For anyone that is interested in playing some classic games why don’t you check out this site: My Abandonware.

I’m the baby of the group, even though I’m now in my 30s. I started gaming when I was 4 years old, back in the early 90s, with my dad on his Amstrad 486. Through the years we moved through PC after PC and into PlayStation 1&2 before finally settling back on PC gaming. One of my fondest memories is sitting on my dad’s lap playing the game Descent with him flying the spaceship while I worked the guns, shooting every window we passed so we’d know where we’d been when we inevitably got lost.

Most of my childhood was spent on the PlayStation 1&2 playing classic games like Medieval and Pandemonium until I eventually got my own gaming PC (My Dad’s old one) and did silly things like waking up at 4 am to play the original Call of Duty Campaign before school because I wasn’t allowed to stay up late so I might as well get up early instead. Gaming for me was always a way to be the hero of a story. Not having to worry about the problems that existed in the world and just escaping into another world where every problem was a puzzle to be solved or a boss that could be defeated.

I originally teamed up with Narny in Eve Online way back in 2012 running an enormous interstellar empire, fighting Russians for territory and mining asteroids to build enormous carriers and dreadnoughts.

Later met DarkJester when he re-joined the group in World of Warcraft. We’ve been fast friends ever since in all sorts of games from Minecraft to Space Engineers and ARK and all the way through to Indy games like 7 Days to Die.

When I was offered the chance to become Community Manager, I couldn’t say no, and it’s been an absolute pleasure building our community and meeting our members ever since.